Minimum Wage Hike and the Restaurant Industry. Although the U.S. House of Representatives recent passing of the Raise the Wage Act stands little chance of actuality being enacted under the current administration, the battle rages on about it. In sum, under the Act, 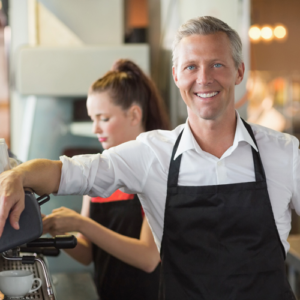 Whether you are in favor of the Act or not, there seems little dispute that it would have an effect on the hospitality industry, particularly restaurants. Some studies indicate no significant macro effect on the industry as a whole is anticipated, while others foretell dramatic job losses. Regardless, the effect on individual restauranteurs and their employees will be felt as operating costs increase. And yet, the minimum wage has not been raised in ten years, so is it time to do so?

So many questions remain about the effect of legislation such as the Raising the Wage Act. For example, although some jurisdictions that have raised the minimum wage are reporting minimal if any effect on jobs, what will be the effect in areas with a sparser population?

Further, many tipped employees make most of their compensation through their tips, frequently resulting in the hourly wages far in excess of $15.00 an hour. Would the elimination of the lower minimum wage for tipped workers cause restauranteurs to move away from tips at all given the increase in the minimum wage? Would the elimination of tips effect levels of service? Would the tip credit remain to allow credit of tips by restauranteurs against the higher minimum wage in the Act?

Moreover, would the move toward automation and elimination of workers, especially young teenagers in need of jobs, as we see happening now when we find computer screens and kiosks at many McDonald’s and Wendy’s and other fast food establishments, become the norm even faster than it is becoming now? Or is that already a forgone eventuality?

So much legislation that is passed results in unintended consequences. Maybe the continued scrutiny of the Raise the Wage Act will allow time to eliminate some of those – that is if the legislators can hear each other through the constant rhetoric from all sides.